We are proud to announce recording artist Sophie’s next single “Ruis”, recorded at Moon Music Studios!

“Ruis” is a love song that develops from a sober guitar part into a rich uplifting song. Sophie wrote it for and about her partner with whom she travelled a long and winding road. It’s about the extreme challenges that you will face together. A trial that challenges you but also strengthens your relationship. While you crave the carelessness from before, you know you never want to go back because love conquers all. Sophie has always been active as a live and studio bassist and backing vocalist. She played with Diggy Dex, Jacqueline Govaert and Eefje de Visser, and many more. She was educated at the Rock Academy of Tilburg and the Conservatory of Maastricht. The new single was recorded at Moon Music Studios where the song came to life with arrangements by keyboardists Erwin Tuijl and Mike Roelofs, guitars by Ingo Jetten, and drums by Nicky Hustinx (Wende Snijders, Eefje de Visser, Fink). Previous debut single “We Plukken De Dag” already received cross-platform support and had airplay on NPO Radio 5. 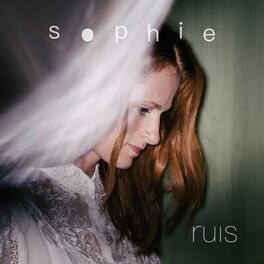 You can listen to the song right here!